Join us as we celebrate the return of the sun, weaving stories and songs together for a night that ranges from meditative to raucous … all of it deeply powerful and joyous. It’s more than a performance, it’s more than a worship service. It’s a feast of sound and spirit.

Creating the celebration takes the participation of many, many volunteers. From singers, to visual artists, to ushers, we can use your talent!

The Indianapolis Winter Solstice Celebration is open to the public at no cost.  A free-will offering will benefit a local charity.

The ritual will be held in a beautiful space at the Unitarian Universalist Church of Indianapolis, located at 615 W. 43rd Street.

The celebration starts at 7:00 pm.  Seating begins at 6:30.  Arrive early!!!  We almost always have to turn people away.

Going strong since 2004, the Indy Winter Solstice Celebration is a participatory event consisting of singing and storytelling. All ages are welcome (and expected)!

Please bring a pitch-in item (finger food) to share after the conclusion of the celebration. Plates and napkins will be provided.

Just a few of the reasons people keep coming back to the Indianapolis Winter Solstice Celebration!

•  instruments ranging from djembe (African drum) to cello and synthesizer

•  feasting and fellowship after the ritual

Oh, and we can’t forget to mention the fun feast afterwards.
Everyone pitches in for the feast, bringing delicious finger food to share while connecting with other attendees.

In 2004, Pam Blevins Hinkle stumbled upon a beautifully written ritual created by Julie Forrest Middleton, a Unitarian Universalist, and Stasa Morgan Appel, a self-described Quaker witch. These two women masterfully crafted a non-denominational and earth-affirming celebration that combines music and storytelling to mark the longest night of the year and the return of the Sun.

The Worship Associates at the Unitarian Universalist Church of Indianapolis (UUI), under the leadership of Rev. Edward Harris, agreed to sponsor and host the event under Pam’s leadership. In that first year, participants included members of UUI, the Indianapolis Women’s Chorus, the Covenant of UU Pagans, and others from diverse segments of the community. The event opened to a packed house of 400 people of all ages and religious persuasions, and it has been sold-out ever since.

In 2012, the Indianapolis Winter Solstice Celebration moved to a new location, and expanded the circle of sponsors to include more local congregations and earth-affirming organizations.

In 2014 the ritual returned to UUI, and remains there to this day.

From 2010 – 2018 the solstice team performed the ritual at the Indiana Women’s Prison. This important ministry provided a critically needed religious alternative. The performances there built bridges to incarcerated Christian women who sought conversation—in and outside the prison—in order to better understand the value of religious plurality. 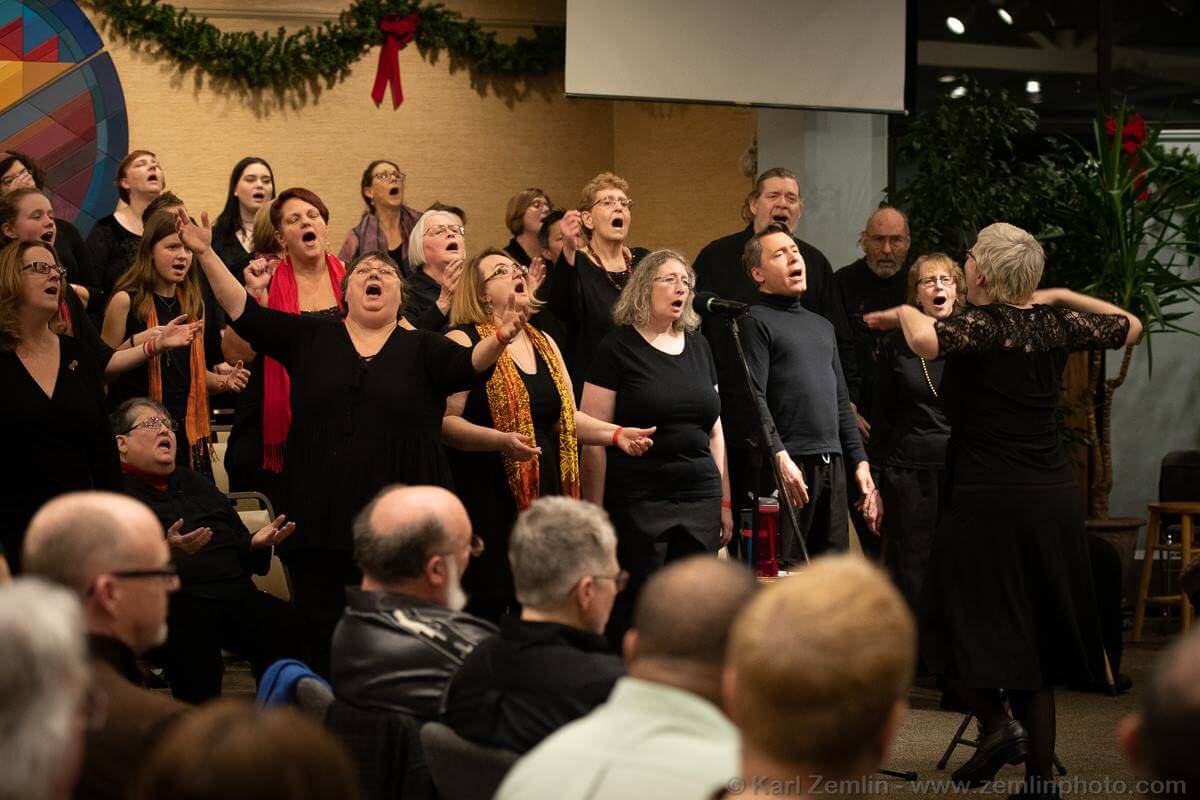 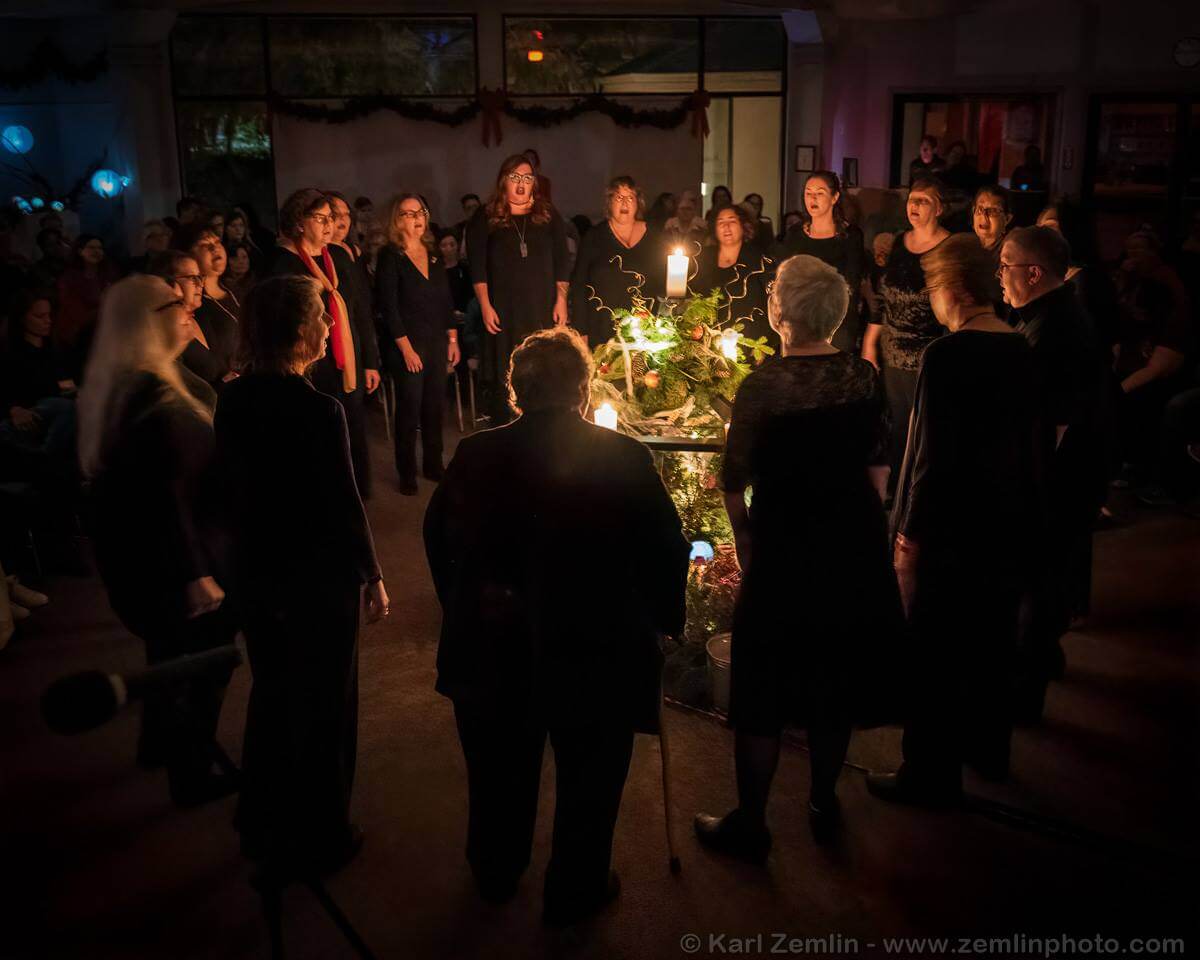 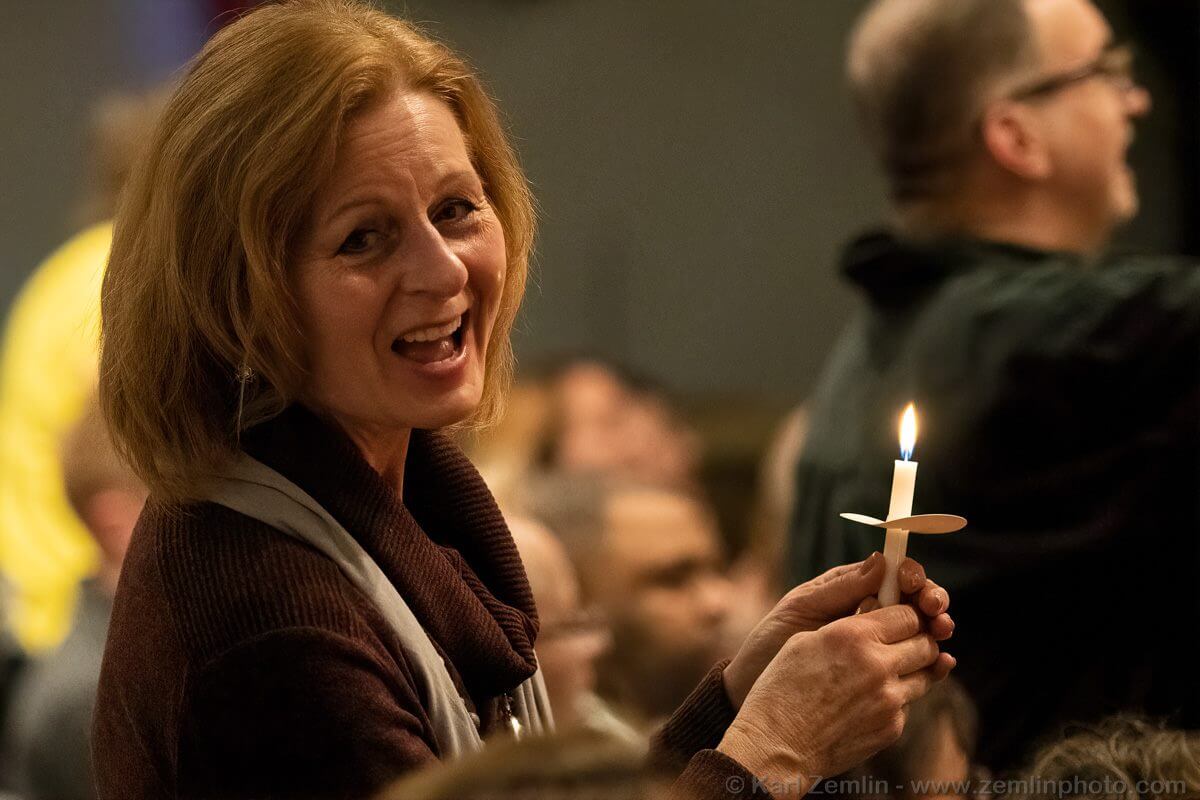 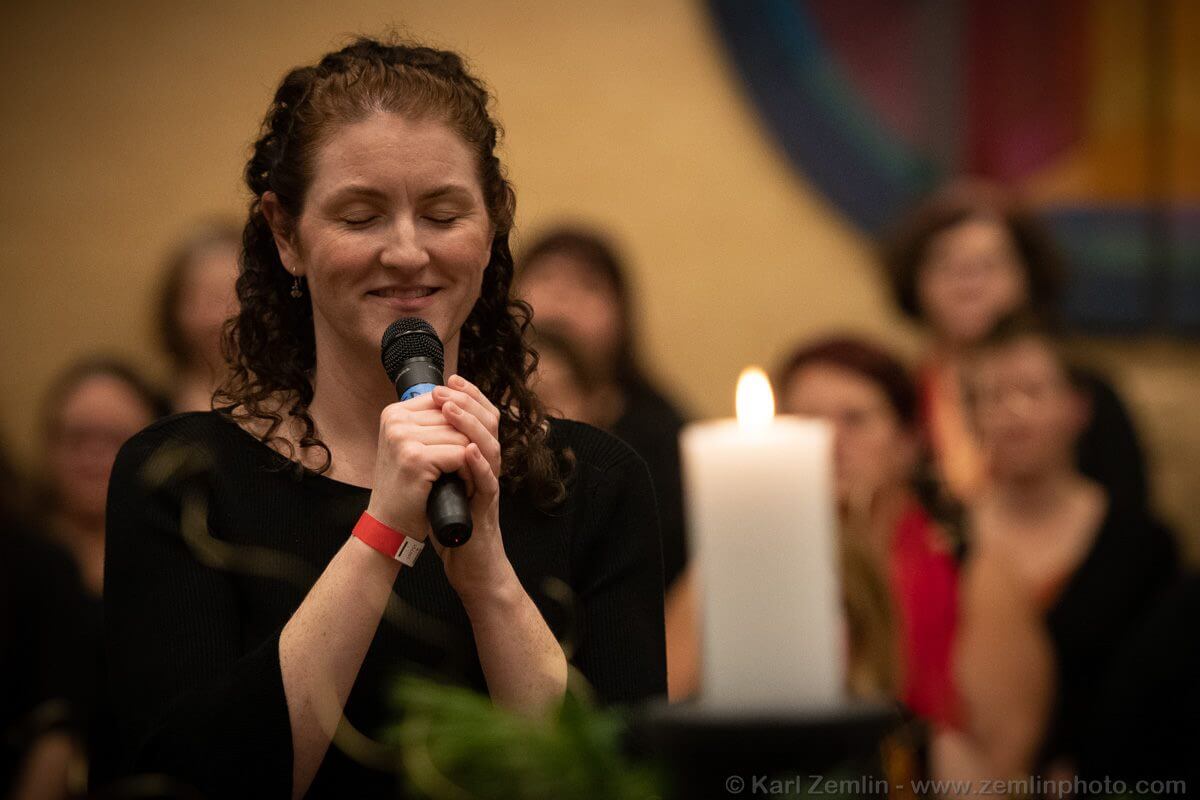 It Takes a Village!

The Indianapolis Winter Solstice Singing Ritual only happens through the participation of many, many volunteers. People help set up and tear down, tend the food tables (did we mention there is always a delicious pitch-in after the performance?), sing in the choir, act as speakers, design the visuals, usher, run sound, and do a myriad of other things.

No audition necessary; all are welcome to sing this beautiful music that includes chants and rounds with a few part songs. If you need printed music, contact us ASAP (there will be a small fee). Solstice Choir rehearsals are Mondays, starting Nov 14, 6:30-8:30 pm, 1818 W. 57th Street (park in side lot; entrance in the back). Singers must commit to attending a majority of rehearsals and must be present for the mandatory dress rehearsal (Sunday, December 18, 6:00 – 9:00 pm) and on both performance nights (December 19th and 20th).

You have a skill we can use! Contact us to let us know the skills you can bring to the celebration.
Volunteers must be present for the mandatory dress rehearsal (date and time TBD) and on both performance nights (December 19th and 20th).
It is a cool thing to attend the ritual, but people have told us it’s even more fun to help make it happen.

Special thanks to our community partners without whom we couldn’t get it done. The Unitarian Universalist Church of Indianapolis provides our venue, Karl Zemlin of Zemlin Photo has provided the visual documentation of our celebrations for many years (including those you see on this page), and Le Isaac Weaver of CircleWebWorks created, hosts, and maintains our website. 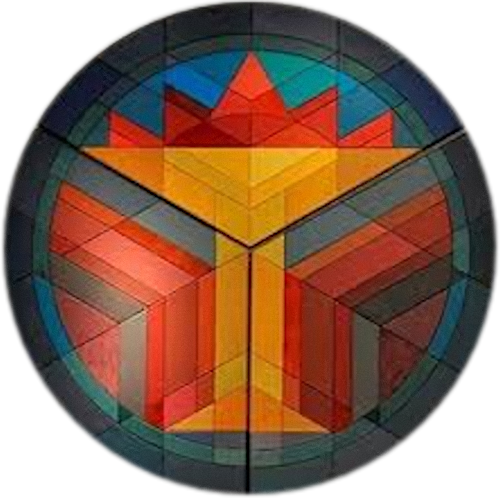 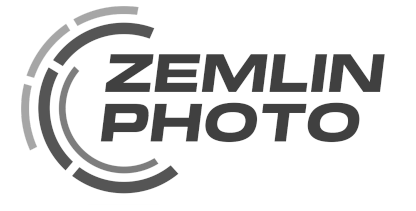 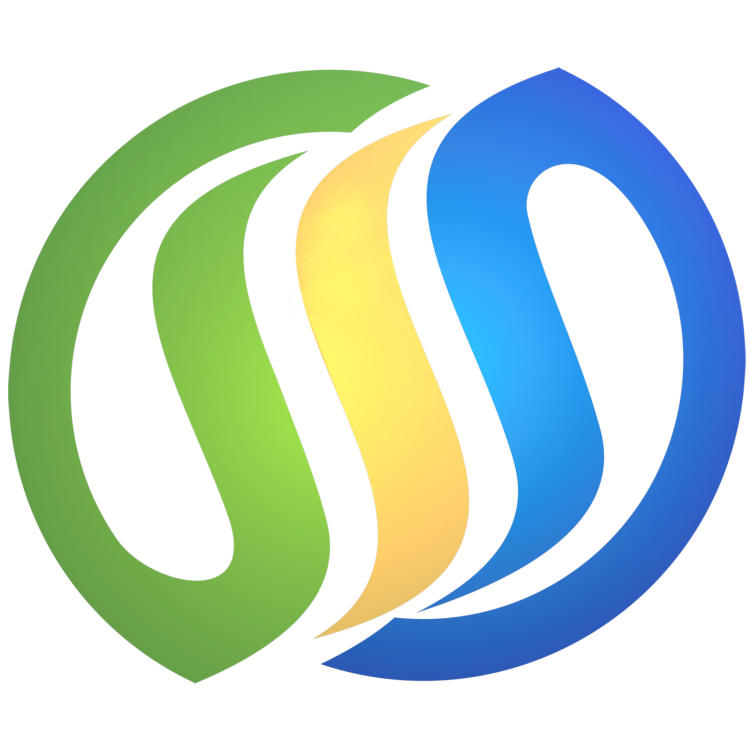 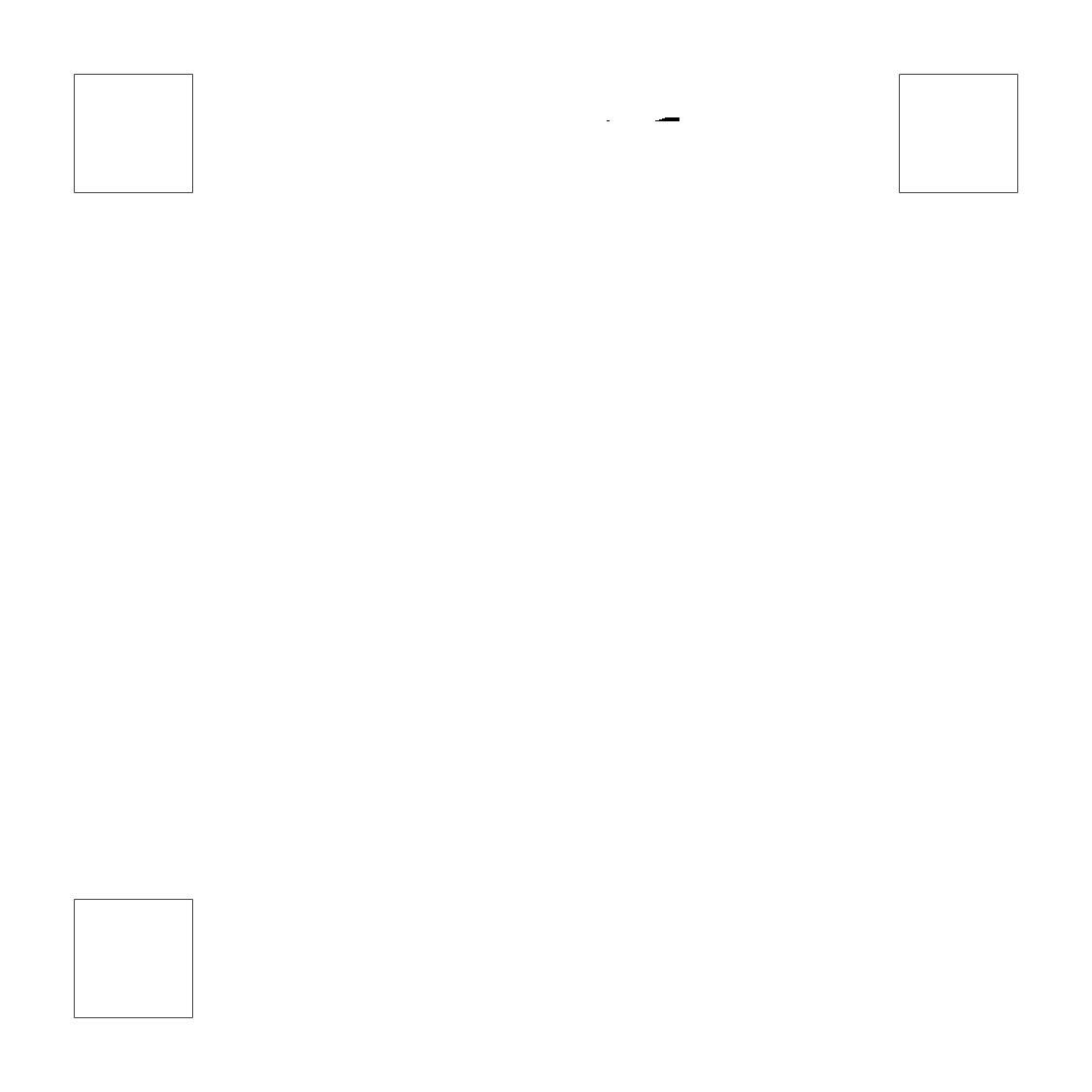 The 2022 Indy Solstice Celebration’s supported charity was Trinity Haven, whose mission is to provide “safe, affirming housing for LGBTQ youth experiencing housing instability.” Their goal is to ensure “every LGBTQ youth in Indiana has safe, welcoming, and affirming housing within a caring community.” Please consider using this QR code to make a donation. 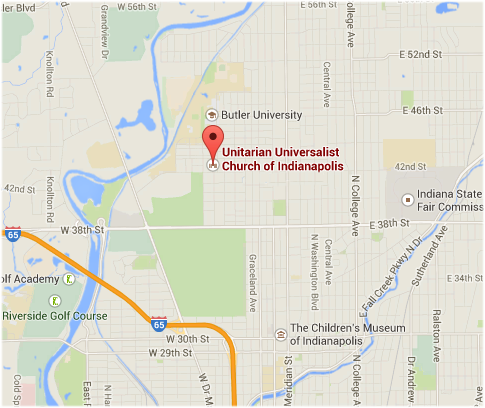 The parking lot fills up fast.  Street parking is available on 42nd and 43rd.  Arrive early for the closest spots.  The lobby is open starting at 6:00 pm, seating begins at 6:30, the celebration starts at 7:00.

The Celebration will likely reach capacity both nights. Due to Fire Marshall regulations, the seating capacity in the room is strictly enforced — there is no “standing room” availability. Arrive early.

Get In Touch With Us